Recognition of the Contribution of Ms. Gatlin Roberts, Chief Statistician, St. Vincent and the Grenadines to Official Statistics, Nationally, in the wider Caribbean Community (CARICOM) and Internationally 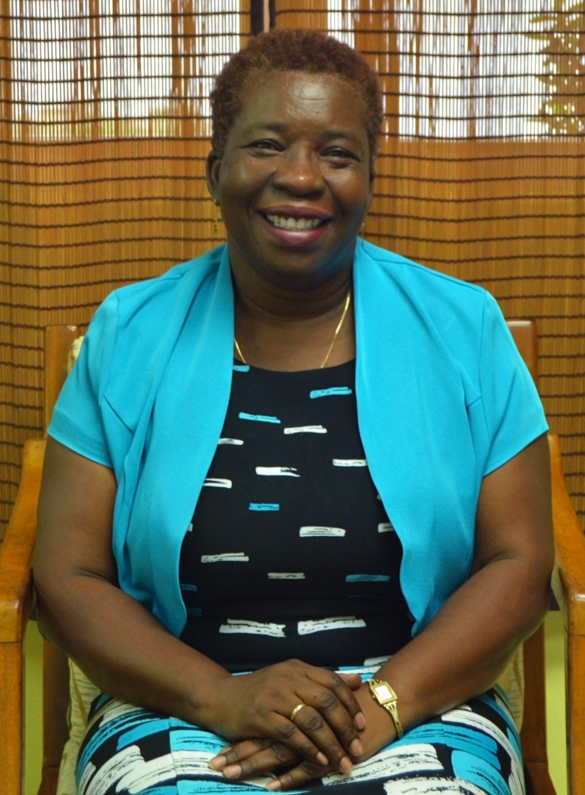 I first met Gatlin in 2005 at the First Census Symposium that was conducted in the Caribbean Community (CARICOM) on the 2000 Round of Population and Housing Census. She was at that time the officer that would have been mainly responsible for the 2000 census activities for her country. She was a very forthright, bold if not precocious individual- intelligent, articulate and not afraid to speak. She was to become the Chief Statistician of St Vincent and the Grenadines one year after, in 2006, and proceeded to represent her country’s at the Annual Meetings of the Standing Committee of Caribbean Statisticians (SCCS), the premier forum for Directors of Statistics/Chief Statisticians in CARICOM.

A testing period of her leadership was the destruction of the completed Census questionnaire for the 2010 Census round (held in 2011 in St Vincent and the Grenadines) through water damage as a result of a fire. What can one do under these circumstances- but stand-up, redo and deliver. Gatlin found the strength to do just that. I recall sending the CARICOM Census Coordinator at that time to participate in the public outreach for the retaking of the Census that was very effective in enabling the population to respond a second time.. I am sure as she reminisces over the years this test will consume her emotions. – as someone said – “anything that you think can happen during census-taking- will happen” and it did happen for the 2011 Census.

At the level of CARICOM,  Gatlin contributed very effectively to the advancement of the  CARICOM regional statistical agenda serving on the  SCCS and the  Regional Census Coordinating Committee (RCCC).  She has contributed to the objectives of these bodies that serve to, inter alia, improve the range, quality and comparability of statistics- chairing sessions of both committees. Her contribution would have included the updating of the common Regional Statistical Work Programme, the  production of a CARICOM  Model Statistics Bill, a CARICOM Data Warehousing Framework, a Data Policy, a  Common Literacy framework, common Census Frameworks, Code of Good Statistical Practices, oversight on a number of regional projects including through the European Development Fund and Inter-American Development Bank.

Gatlin rotated into the CARICOM Advisory Group on Statistics (a subsidiary working group of the SCCS) at the Thirty-Eighth Meeting of the SCCS in St Kitts and Nevis in 2013. Her contribution ensured a number of advancements of the SCCS decisions  in addition to those highlighted above of which a few core ones are mentioned:

The above have had far reaching implications on the advancement of statistics in CARICOM Member States and the recognition and positioning of CARICOM Statisticians globally. Gatlin up to 2018 served on the High Level Group for Partnership, Coordination and Capacity-Building (HLG-PCCB) one of four countries representing CARICOM on either the IAEG-SDG (2 countries) or HLG-PCCB (2 countries). In this regard Gatlin would have represented CARICOM at the Second United Nations World Data Forum which was held in October 2018 in Dubai, United Arab Emirates. Evidently her contribution was not just national or regional but extended to the international statistical fora. Gatlin is currently the Secretary of the Caribbean Association of Professional Statisticians that was established in 2014 in CARICOM.

Gatlin is a rare and disappearing breed of statisticians and public servants – committed and devoted to putting country first- not looking for reward or commendation – sacrificing her time including precious family time in improving statistics, nationally, regionally in CARICOM and internationally.

She has contributed to the vision of effective regional and national statistical systems, through the development of the CARICOM RSDS. It is hoped that her successor would build on her foundation to realise a statistical institute for St Vincent and the Grenadines- solidifying the gains and benefits that can be achieved in having a modernized and transformed national statistical system – through the eventual transformation of the Statistics Department to a semi-autonomous body by facilitating the redrafting of the legislation using the CARICOM Model Statistics Bill. It is hoped that these legacies will bear fruit based on the seeds that Gatlin has so effectively sown, to build upon this foundation to realise the vision that she has created for Statistics in St Vincent and the Grenadines. I am aware that Gatlin had started this process.

I take this opportunity to recognize her leadership and the contribution that Gatlin has made regionally to CARICOM Statistics. It is hoped that in her private capacity she continues to realise her personal achievements to fulfill all that she wishes for herself and if she so desires to continue to contribute to statistics development regionally and nationally through the Caribbean Association of Professional Statisticians (CAPS). It has been indeed a privilege and a pleasure as forthright as she is to cross her path.